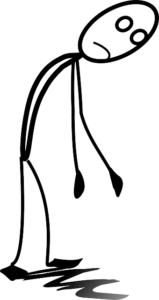 Do you feel sluggish? … The cause may be low thyroid metabolism, heavy metals or some health factor not considered.

The BodyMindLink series by Dr Ray Pataracchia ND provides insight on nutritional and naturopathic approaches that matter most and have the potential to benefit both your physical and mental health.  In this series we look at the treatment approaches and body-mind-links of aging, tiredness, mental performance, work performance, digestive upset, food intolerances, stress, cardiovascular health, insomnia, weight problems, cancer and chronic disease prevention.  Fall 2014 blog themes will rotate between the topics of sleep, tiredness, and stress.  Clinical approaches discussed are implemented by the Naturopathic Medical Research Clinic in Toronto, Ontario.

Fatigue strikes a good portion of society.  We have divided ‘Why am I so Tired?’ blogs into three subtopics: i) energy nutrients and food intolerances, ii) sluggish thyroid function and heavy metals, and iii) adrenal exhaustion and protein breakdown.  The human body has about 15 top syndromes associated with fatigue and, physical and mental health.

Low Thyroid Function as a Cause of Fatigue

I often see people who have been on thyroid medication for years but still suffer from fatigue and a global array of symptoms and sensitivities common in low thyroid states.

Many mention that their blood levels are good without knowing that the upper limit for thyroid stimulating hormone (TSH) is not firmly established.  The ‘American Association of Clinical Endocrinologists set the upper limit at 3 mIU/L, and other groups went as low as 2.5 mIU/L‘.

Thyroid hormone is the green light at the DNA level of all cells to initiate cell machinery to do what that cell is destined to do.  For example, brain cells needs to make neurotransmitters for mood, thinking, and perception; liver cells needs to make glutathione and substances to detoxify, transport minerals, and breakdown fat; the kidney needs to rid inorganic mercury if it is present in the blood, control blood pressure, and eliminate nitrogen.  The efficiency of these cells at the organ level is important to the health of the entire body.  To be healthy we need not only an adequate supply of thyroid hormone, but also all the cofactors (sex hormones, zinc, vitamin D, etcetera) in its metabolic pathway.

Iron is a component of thyroid hormone and therefore associated with fatigue.  Iron as a component of hemoglobin is also involved in the transport of oxygen to all cells of the body, and without oxygen energy production comes to a standstill.

As if a low thyroid state was not bad enough, here we must tell you that cases get worse when metabolism slows down to the point where heavy metals accumulate.  Heavy metals such as mercury, copper, and lead accumulate in low thyroid states because the organs that normally eliminate these metals (the liver, bowel, or kidneys) become so sluggish that they fail to keep metals at bay.  Then, to add insult to injury, many heavy metals also prevent the conversion of inactive hormone to active hormone which creates a secondary type of thyroid hormone ‘deficiency’.

Heavy metals are associated with the waxing and waning of a global array of symptoms; this occurs when metals attempt to come out but are stopped due to poor elimination.  Here we describe specific mercury and copper excess symptoms, two very common metals in society today. Copper, mercury and other heavy metal toxicity aspects are discussed in detail in my mood/behavior disorder review and in my orthomolecular treatment response case series.