Pyroluria in the General Population 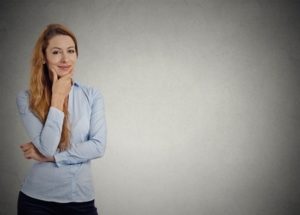 Is there a vitamin B6-zinc deficiency issue that afftects the general population? … Yes, this dieficiency condition (pyroluria) is associated with a vast array of symptoms.  If you live in Toronto, the GTA, Niagara, Hamilton, Burlington, or Buffalo, you might consider the advantages of our nutritional approach.

Pyroluria: What is it?

Pyroluria was documented Carl Pfeiffer (Orthomolecular Medicine Founder) in the early 1970’s.  This B6 and zinc deficiency syndrome creates a plethora of symptoms and the treatment focus is to replenish B6, zinc, and manganese.

As described in my previous Pyrroluria – MindCheck Weekly Article, it is a vitamin B6 and zinc deficiency condition that is confirmed by elevations of a urine metabolite called kryptopyrrole.

The Classic Pyroluria Case – The Case of Sara

In 1971, Dr. Pfeiffer characterized the classic pyroluria patient.  The story of Sara is described well in Eva Edelman’s book Natural Healing for Schizophrenia: and Other Common Mental Disorders.

Many orthomolecular practitioners have observed a general population trend of pyroluria positive cases.  Nina Milkirova PhD of the Roirdan Clinic in Wichita, currently published a Journal of Orthomolecular Medicine (JOM) article titled Cross-Sectional Analysis of Pyrroles in Psychiatric Disorders: Association with Nutritional and Immunological Markers.  The article concensus is that pyroluria is “a component of illness in general and not strictly psychiatric disorders” and, it is also associated with oxidative stress, improper digestion, infection, allergies, and intoxication.

Pyroluria exists in the general population and the occurance is similar in both psychiatric and non-psychiatric populations.

Pyroluria Symptoms in the General Population: The BodyMindLink

In clinical practice it’s prudent to correct B6, zinc, and manganese depletion.   Balancing zinc and B6 metabolism is best done in the context of an advanced clinical nutrition protocol that looks at 15+ top nutritional syndromes in a comprehensive lab-based assessment.  When B6 and zinc are provided, other competing diatomic minerals (especially copper, manganese, iron, and molybdenum) need to be provided to prevent secondary deficiency.

If higher doses of zinc are not tolerated there may be a substantial heavy metal load because zinc liberates metals from storage.  If that’s the case it is often best to first make the organs that eliminate the metal (the liver/bowel/kidney) as efficient as possible, by boosting thyroiding function and by optimizing bowel function.

Biochemical Details of Zinc and B6 Deficiency

Zinc is important to several biochemical pathways as over 200 enzymes are zinc dependent.  B6 is essential for the synthesis of antioxidants such as metallothionein, glutathione, and CoQ10 which help prevent oxidative stress in the body and brain.  More details on the symptoms and metabolic issues associated with zinc and B6 depletion are found my book on Minerals in Health & Disease and in the following blogs: orthomolecular review on schizophrenia, orthomolecular review on mood and behavior disorders, and B6 & Zinc in Psychiatry.

The BodyMindLink series by Dr Ray Pataracchia ND provides insight on Nutritional and Naturopathic approaches that matter most and have the potential to benefit general and mental health.  Clinical approaches discussed are implemented by the Naturopathic Medical Research Clinic in Toronto, Ontario.