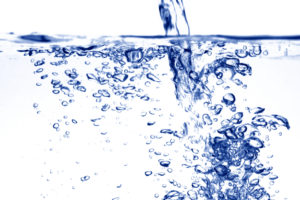 MindCheck provides weekly in-depth information on the orthomolecular approach to coping with mood, behavior and psychotic disorders.  This series by Dr. Ray Pataracchia N.D. is endorsed by the  Mindful Network – ‘A Better Future for Children’s Mental Health’.

Clear clean pH balanced water is good for you.  Our bodies are composed of about 57% water.  Beneficial macro and trace (the little guys) minerals commonly found in drinking water are imperative to human existence.  When these levels are offset we are predisposed to poorer health.  Some areas in Toronto are reported to have drinking water with high levels of lead.  This is just one example of poor water quality.  In this blog we will expand on some common drinking water problems.

Water Hardness is defined as the mg/L of soluble positive diatomic ions in water –  the main ‘hard’ ions are calcium and magnesium, which come from groundwater (versus surface water) that has trickled over limestone and dolomite formations respectively.

Orthomolecular Perspective to Keep in Mind:  pH neutral or alkaline water may be more beneficial to your health than acidic water.  Most tap water has a pH <7; distilled or reverse osmosis water are better in this regard.

Lead found in water is higher in soft water areas.  Houses that have water high in lead will find that standing water in the pipes accumulate more lead; flushing the pipes for 5 minutes before use can lower the lead level.

Orthomolecular Perspective to Keep in Mind: 1. Calcium in adequate amounts is important in kids with lead toxicity;  2. Before removing lead, the thyroid system must be at its optimal level and the routes of removal must be open and efficient;  3. Zinc, selenium, calcium, magnesium, vitamin A, vitamin E, vitamin C, B-complex, and sulfur-containing amino acids are protective against lead toxicity.

The Lead chapter of Trace Minerals in Health & Disease goes into detail on the effects of lead in the human body.

Chlorine is used to disinfect water but animal studies show that elevated levels of chlorine are associated with increased cholesterol levels which can be averted by increasing calcium intake.

Orthomolecular Perspective to Keep in Mind:  Calcium may be useful if your water supply is high in chlorine.  This is especially true if you have a fast metabolism because such people are often low in calcium to start with.

Soft water is often high in sodium or high in the relative portion of sodium to magnesium or calcium.  Regions with soft water have higher cardiovascular disease death rates than regions with hard water.  Magnesium is accepted as a cardio-protective nutrient.

Both hard and soft water can have imbalanced copper and zinc levels.

Copper excess is more frequent in soft water situations; here the higher acidity can corrode and leach copper off the walls of your copper pipes (especially in houses where copper plumbing is less than 10 years old).  Copper excess is associated with schizophrenia, behavior and mood disorders, and low thyroid states which are in turn associated with high cholesterol.  Women with high copper are often found with emotional disorders or PMS.

The likelihood of kidney stones is higher in soft water areas.

Low iodine drinking water is common in areas where ‘Ice Age’ glaciers had striped the upper soil layers of iodine.  This is seen in the Alps of central Europe, Switzerland, and Austria.  Iodine deficiency is associated with thyroid disease, fatigue, poor concentration, and in children, poor mental development and failure to thrive.