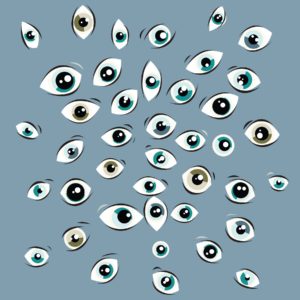 Have you ever been in a state of panic? … This extreme anxiety state is associated with nutritional factors that orthomolecular medicine can target and often significantly reduce.

MindCheck provides weekly in-depth information on the orthomolecular approach to coping with mood, behavior and psychotic disorders.  This series by Dr. Ray Pataracchia N.D. is endorsed by the  Mindful Network – ‘A Better Future for Children’s Mental Health’.

Panic – How common is it?

Panic disorder often starts in late adolescence or early adulthood and twice as many women have panic disorder.

Panic attacks often include mental state changes including unreal feelings of detachment from self and, the fear of death, ‘going crazy’, or losing control.

Here we describe the basics of panic metabolism which are addressed in targeted orthomolecular treatment.

Basic nutrients for the brain are normally supplied in food and one of the biggest macronutrients that the body demands for brain function is protein.  Protein is the building block of neurotransmitter communication molecules.  Fat also is a macronutrient that the brain demands as 60% of the dry weight of the brain is fat.  Good essential fat is also necessary for brain cell electrical signaling. The body has a ready consistent supply of sugar when protein and fat intake are both maintained (most fat is found in animal meat); sugar delivered gradually via the breakdown of protein and fat is provided at a steady rate that is not interrupted, versus the supply of sugar after eating junk food that supplies ‘fast’ sugar that enters the bloodstream quickly, gets used quickly, then leaves the brain void of its maintenance long term supply.

This gland is pivotal to how we respond to our environment, to stress in particular.  This gland system helps us regulate sugar metabolism, blood pressure, and stress hormone release of cortisol and adrenaline.  If cortisol and adrenaline are released in an unregulated or deficient supply the body cannot easily adapt to its environment and this stress can present as anxiety and panic.  The adrenal works with the thyroid which is in control of the production and regulated release of thyroid hormone which is responsible for providing the green light for all cells, brain cells included, to start producing the proteins it needs to do its cell function (for example, brain cells need to produce neurotransmitters on demand).

Heavy metals are oxidants that destroy membranes and brain cells, interfere with the conversion of inactive to active thyroid hormone, and disturb mineral balance of zinc especially.  Zinc is involved in over 200 reactions in the body and it is involved in neurotransmitter production and regulation.   Copper is a classic example of a nutrient which is normal and essential but in high levels can be detrimental.   Copper excess is associated with depression, anxiety, panic, and schizophrenia.  Copper is involved in neurotransmitter production of dopamine, nor-epinephrine, and epinephrine which are the catecholamine neurotransmitter class responsible for executive functions, mood regulation, memory, planning, and motivation.

We typically all start off as fast metabolizers in our youth and with time and toxic build up we become depleted and slow metabolizers.  This is a state of calcium excess.  Calcium is a sedative mineral. In this state the thyroid and adrenal metabolisms are typically under-functioning.  This creates a state where we can retain heavy metals.  About 80% of us are slow metabolizers in varying degrees.  Often people are thrust into stressful situations and the body systems need a break and sometime give up and slow down into this state.   When this happens digestion is also typically poor and we have poor nutrient absorption.  The end result is a brain neurotransmitter depletion state that can cause mood imbalance and panic.

A good diet will go a long way to help you handle stress.  If you have optimal nourishment then your brain can function optimally.  Food intolerance’s illicit reactions against self, and this depletes our immune system, a system that demands huge amounts of energy.   Byproducts of intolerant foods (e.g. wheat and dairy proteins) are similar to opium in some cases and the reactions of improper digestion of proteins from these food intolerant substances can affect all body systems; for example people with dairy allergies often get head congestion.  One of the big responses of eating an intolerant food item is brain fog, irritability, depression, and anxiety.

The Emotional/Thought Mechanism of Panic

A panic attack often occurs when a negative emotion or thought triggers a fight or flight response that escalates and de-escalates within a minute.  The repertoire of negative emotions and thoughts is quite diverse.  Common negative thought patterns that effect your emotions include focusing on fear, catastrophe, poor self-image, unrealistic expectations, repulsive thoughts, grief, despair, guilt, and second-guessing yourself.

Not listening carefully enough or not learning enough about a situation can also create stress and panic because you can acquire incorrect information on a situation and respond inappropriately.