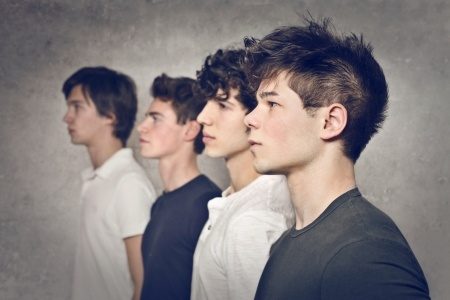 Does your son or daughter hear voices or have other signs of first episode schizophrenia? … If so and if you live in Southern Ontario, Toronto (GTA), Buffalo, Niagara, Hamilton, or Burlington, you might consider a non-drug nutritional approach.

The unique symptoms of prodromal and first episode schizophrenia are well documented but poorly recognized when they occur in real life situations.  When early signs occur there are limited options to treatment but an advanced nutritional approach for schizophrenia has the potential to help more than 50% of cases.

As with any human health condition there are a number of top nutritional syndromes to consider.  In schizophrenia a few nutritional/physiological syndromes stand out.  Vitamin B3 deficiency is among the most important syndromes in the orthomolecular medicine world of prescribing in schizophrenia.  Other syndromes in schizophrenia include low thyroid metabolism, protein breakdown, zinc-copper imbalance, under-methylation, and heavy metal dominance.  To address these issues a comprehensive lab-based assessment approach is often the best.

The following story brings home the experience of a family in early crisis.  Families struggle to understand and do the best that they can but often the path to getting help is too little too late.  Here I summarize a case described in full at http://www.schizophrenia.com/family/perstory5.htm.  This case exemplifies a typical first-episode case of schizophrenia.  The patient’s symptoms are always unique due to the complexity of the human mind and the scope of experience of the lives of the individuals affected.

My brother finished college and had a new sales job at a thriving computer company.  He sounded different when I talked to him on the phone. His tone was flat and he had no excitement in his voice.  He said fellow workers conspired against him out of jealousy because they didn’t have a college education and injected an unknown drug into him.  He said the drug made him feel unwell and complained of fatigue, poor concentration, and strange feelings.  The family recommended he quit his job.  After that, he still remained paranoid.  He called from payphones out of fear his home phone was bugged and business ideas were being stolen.  His symptoms waxed and waned and he ‘eluded’ medical professionals of his condition.  It took the family and medical professionals 5 years to determine what was wrong.  Disillusionment with the medical profession set in after meeting with psychologists and psychiatrists and improvement was not observed after treatment.  Soon he refused to see medical professionals and became so severely delusional that he was hospitalized.   “If we had gotten him medication much earlier I think he would still be alive today.”

First Episode Schizophrenia: The Reality of it all

The time lag to treatment is often 2 or more years after symptom onset.  In our Toronto clinic I commonly see families that bring family members in without a clear diagnosis.  Due to the insidious nature of psychotic symptom progression the family does not recognize the disease early enough to seek treatment.  Even when neuroleptic treatment is obtained such patients face a life of residual symptoms and cannot work or live a normal life.  One in five schizophrenics commits suicide within 5 years (the critical period).

Though the HOD test is not a diagnostic tool, it takes about 10 minutes to do and often reveals underlying symptoms that would not be disclosed otherwise.  The family is often surprised at the depth and clarity of the hallucinations and delusions.  This test method opens the door to acknowledge symptoms and move forward.  It is also therapeutic to disclose symptoms and talk about them in an open-dialogue format.

MindCheck provides in-depth information on Orthomolecular and Naturopathic approaches to achieving mental and general health.  This series by Dr. Ray Pataracchia ND is endorsed by the Mindful Network – ‘A Better Future for Children’s Mental Health’.